The personal account of our very own Elite Chef Chris, who was awarded Chef of the Year at our 2016 conference, tells his story. It’s an interesting read for all chefs and hospitality professionals.

Over the recent months, the plight of chefs in the catering industry has been hitting the headlines more and more. In my opinion, after reading about the suicide of Benoit Violier, the entire catering industry needs to make a change to how chefs are being treated and looked after throughout their time in an establishment.

The numbness of not seeing your mum on Mother’s Day, the pain of not being able to place flowers on your father’s grave on Father’s Day, new fathers missing out on major milestones in their child’s life. Missing your child’s first Christmas Day while you go and feed the customers?

All you see is your child asleep, the person you created doesn’t know you. Your family knows you’re trying your best. But in your head, your best isn’t good enough. You’re constantly missing out.

That’s time that can never be replaced, it sends you crazy and what do we do? We reach out to a substitute, something of a fantasy world we slip in to. We miss out on so much because of love of the trade and we decide to reach out to something else. I know it’s true, you know why? Because I’ve been there and done it.

I want to tell you a bit about my story, not to make you feel sorry for me, but because I want others to understand why things need to change and why so many chefs are walking away from the trade. It’s all true and I’m hoping if you’re reading this as a fellow chef, you’re going to relate to it, or know someone who is going through it.

So let’s start at the beginning, me aged 19, fresh out of catering college, and with hard work and a bit of good luck, I get my first head chefs job.

It’s the mid to late 90s and I’m working 6 days a week, 10am till finish. It’s ok for a while and then it starts taking a turn. It’s a weekend night, I’ve finished at 10.30pm and my friends have gone out, I walk to the restaurant bar order a drink and then it begins. 2 or 3 pints after work leads to 5 or 6 pints, which then leads to 8 pints. I know the reason the drinking started. I’d get bored stood at the bar on my own, the staff would talk to me, but too busy to really chat. This is how my habit began.

The welcoming lights of a fruit machine draw me in, I chance a few quid and win a few quid too. “This is ok isn’t it?” I think, I’ve doubled my money, I’ve ordered another pint and started to put my winnings back in.

“It’s just fun though, my mates are having fun out, so why can’t I?”

I lose my winnings and carry on drinking, I go home ready for work the next morning. But I’m not ready, I’ve lost money, I’m still half cut from the night before. “I’ll just work through it.” 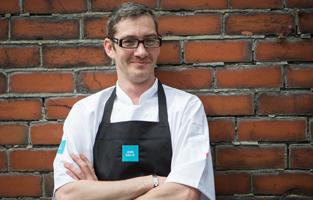 And I do, it’s like a tomb I’m in, I have a laugh with the other chefs, but the pressure is taking its toll on me. “Come out tonight?” Why not? I’m used to being rough in work, so I may as well make it worthwhile. What a mistake that was.

Drink, drink, drink, still thinking about the full restaurant I’ve got tomorrow, the stock take I’ve got to do the same night, but why should I care? No one cares about me!! It came to a point where I would go to any extent just to get through a night out and the following days shift.

People knew, the staff knew, the managers didn’t care, as long as I was there at 10am in a morning they didn’t care about me. I was just a chef, a mean feeling like a cog in a machine that churned out food. No one cared about me in work, as long as I turned in, no one cared.

You feel like you’re in a pressure cooker, it builds up and up, but who do you talk to? There’s no one. I became good friends, in fact very good friends, with the bottom of a pint glass, the more I drank the more I forgot about work. I’d stagger home, I’d feel sick, I’d pass out on my bed, I didn’t sleep, I just passed out.

Up early the next morning, a little rough, but I was used to it now. I’d be sick at home brushing my teeth, I didn’t blame it on last night’s beer, no I blamed it on the toothpaste. How stupid was I?? I knew I had a problem, I drank far too much. But I hid it well, not hiding the drinking, just hiding the hangover the day after.

It’s almost 20 years ago now and I remember what I used to be like, yes I still drink but have my drinking under control.

I knew my mum was always there to talk to, but us chefs … talk about our feelings?

No, we’re big and hard, we don’t have feelings, so we just keep quiet. I know now why we should talk, because if we don’t, it just builds up and it can lead to some very stupid choices.

Back in 2010, I met who was to become my saviour, Emma. Emma and I had been together for around 6 months when I came up with the idea of taking on a pub restaurant. Emma had run pubs before, I was a chef, match made in heaven.

Really? Let’s put a drinker in charge of a pub!! It’s laughable, but it happened!!

I started off with good intentions, but slowly it happened. Quiet days for me in the kitchen meant “an early pint” which would lead to more and more. Emma would watch me have 2 or 3 pints through the day and then she would stop me.

We had such a massive success with the first place that we were offered another! This was a bonus to me, but also a disaster too. I got too friendly with the customers, spent less time cooking and more time drinking. I took my eye off the ball and before I knew it, one place is losing money while I’m the great entertainer in the other!! I knew business wasn’t great but when I saw the figures it was worse than I thought. We stopped talking, well I stopped talking to her. I’d act like everything was fine in front of the customers, but then just drink alone upstairs afterwards, basically to numb the pain of knowing you’re going to lose your pubs.

It came to a head one night, overthinking stuff, drinking, I sat in bed took out quite a few tablets and just started taking them. I don’t know how many I took, I just know I woke up in Wigan A & E, this was a failed suicide attempt. I know Emma found me, to this day I don’t know what I put her through (it’s not spoken about now, I’m too uncomfortable talking about it face to face) but if it hadn’t been for Emma, I wouldn’t be here typing this now.

A few weeks later we decided to leave the pubs, we needed to, to save us. We wanted us again, not the staged happiness of being behind a bar, me hiding drinks so Emma wouldn’t find them. I wanted and I needed a drink from first thing in a morning to the last thing at night.

We left the pubs and I started a head chef’s job, at a very busy place, the kitchen team was dire and it felt like I was carrying the team every day. The stock takes, the rota’s the staff ringing in sick and me covering them. The pressure cooker began to fill again, I worked 6 weeks, 9am until 11pm, no days off and still got my same poor wage. Emma and I suffered, my drinking got worse and worse, I’d be nasty without a drink, and when I could drink, I’d drink to excess. Gone had the days of just lager, it was now shots, whiskey, brandy, you name it I drank it. Emma stood by me, I still to this day don’t know why. I was awful to live with. During this bad time, I got arrested for assault, I don’t know what happened, I think my brain has blocked it out to save me and my own sanity, I just know I’ve got a caution against my name now. All because of drink, drinking to escape the chef life.

I decided to go freelance and found a great job, it lasted for 12 months and then the owner wanted to leave. I went first and apprehensively joined an agency I’d heard of. So this is where the story begins to shift tones. Joining CJUK is the best thing I’ve ever done. The support network is outstanding and my work life balance is amazing. I’m in such a happy place, right now.

Now, I go around to different places and see chefs going through what I did. I talk to them, ask if they are OK? Most don’t want to talk and that’s OK. But some will though, I think it’s because I’m a stranger and I’m quite easy to talk to.

I tell chefs, in a similar situation to what I was in, that there are people to talk to, you have your family, friends etc and then I think how I felt. I tell people about Hospitality Action. They are there to help us, give them a call, you never know what talking can do!

Is this the end of my story? I don’t think so, there’s definitely more to come. But I know now, with the people I work for and the help I’ve had, I’ll never get as low as I felt back then.

I hope what you have read rings true to you or someone you know, if it’s you, please talk to someone, if it’s someone you work with, just ask if they are ok. Keep an eye on them, you never know, your one question could save someone’s life, a marriage, a relationship, or even just be a shoulder to cry on.

If you would like to work for an employer who has the interest of the chefs at heart and put the chef first, then contact CJUK on 01254 355 666.