Jess joined the CJUK brigade in April and has been doing a fantastic job at a gastro pub group in Lancashire ever since. 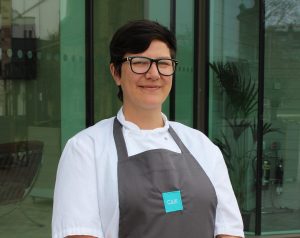 “Initially I didn’t think of hospitality as a career, however, I fell in love with my (Chef) job during my time at university and continued after I left.”

How long have you been a Chef?

I’ve been a Chef for 18 years this Summer. I started quite young after getting caught smoking just before the Summer holidays when I was 14 and the only way I could get out of being grounded was to help my mum’s friend at her catering business… that’s when I first discovered my love for food!

I was also a vegetarian at the time and only ate rubbish food so this helped me to learn how to make a nice dinner.

What made you want to be a Chef?

Initially I didn’t think of hospitality as a career, just something to do whilst I was studying music production at Leeds college of music and then Leeds Metropolitan University.

However, I fell in love with the job during my time at uni and continued after I left.

What are your hobbies outside of work? 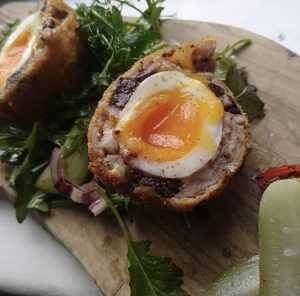 Whenever I have a free weekend I try to get involved in fundraising activities too.

How do you find being a female relief Chef in a predominantly male industry?

I can’t say I have noticed anything that has separated me from the men in the industry. The only noticeable difference is that men don’t usually involve me in their ‘risky’ banter as I guess they don’t want it to be misinterpreted…

What’s the best thing about being a Chef?

When a service goes well and all the food goes out quickly and right and all the customers are happy. That’s the best feeling!

What is the most bizarre thing that’s happened to you at work?

When they asked me what to do I told them to tell the customer to ‘effing blow on it!”

Thank you for joining our brigade Jess and for doing a fantastic job!