From Retail to Recruitment – Stacie’s Story

The plans we make in life have a tendency not to pan out as anticipated and this was certainly the case for me.

In September 2012, I graduated with a BSc Psychology and had a clear plan: to complete an MSc in Forensic Psychology and join the police. However, shortly after leaving university, my circumstances changed and I decided not to move away to study to be able to stay close to my family.

I fell into recruitment out of sheer convenience. Previously working in retail part time whilst studying for my degree, I joined CJUK looking for a 9 till 5, Monday to Friday job which would allow me the freedom to plan for my future whilst I considered my options but, as it turns out, I’d already found the perfect career.

In October 2012, I joined CJUK as a temporary administrator and a month later I was offered a full-time role, being responsible for compliance and all the administration involved in hundreds of chefs being placed in temporary jobs each week.

As a natural problem solver, I quickly became interested in account management and over the next few months I steadily took on more responsibility within the team before being promoted to Assistant Account Manager.

Working under June Crossley, the Senior Account Manager in the team, I found that I had a natural affinity for recruitment. From March to November 2013, I progressed from Assistant Account Manager to take on a more senior role in the team as Recruitment Consultant.

My background in Psychology and my innate ability to evaluate people quickly is invaluable and is a skill that has served me well in my career. Working with a character as inspirational as June, I quickly came to the conclusion that this job was no longer a stop gap but rather a career that allowed me to work to my strengths. 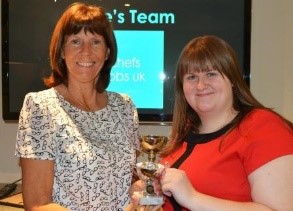 Sales Team of the Month

Over the next year, I honed my recruitment skills continuing to work alongside June which allowed me to draw upon both her experience in the hospitality industry as well as her 25 years’ of being in recruitment.

In early 2015, I was promoted to Senior Account Manager and took charge of developing a deeper relationship within our existing client groups, building and growing new accounts and all the while providing exceptional customer service.

I am now proud to say that I am a successful temporary consultant within our award-winning company. The amazing company support, direction and investment in addition to being part of a tight-knit team, have allowed me to flourish and succeed. 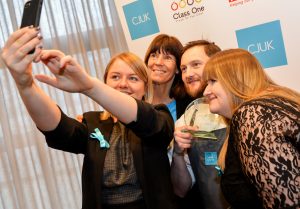 Hard-work, dedication, drive and determination is what recruitment is all about and involvement in the continued growth of CJUK and our team excites me for the future. I now have the opportunity to share my knowledge and expertise by coaching and guiding others along the way.

I celebrate five years with CJUK in November and never imagined then that I would be where I am today . . . it’s been an amazing recruitment journey with lots more to come and being shortlisted for the ‘Temporary Consultant of the Year’ Award on 6th December at this years’ IRP awards will be the highlight of my career to date! 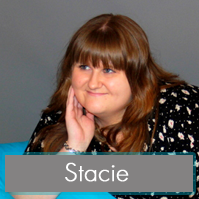