Would you turn your back on a Michelin Star?

In the run up to World Wellbeing Week, we have found a particular story that we think needs talking about.

The two time Michelin starred Swedish restaurant, Faviken, is one of Europe’s most in-demand establishments, but Head Chef Magnus Nilsson has decided that after 10 years on the job, it’s time to call it a day.

Long, stressful days, and living up to the constant pressure of running such a prestigious restaurant has forced Nilsson to close Faviken’s doors, and focus on “getting fit both physically and mentally.”

A Michelin star is often seen as a crowning achievement for any Chef, but Nilsson isn’t the first to be put under immense pressure by the accolade.

Several other Michelin star restaurants and Chefs around the world have also given back their stars over recent years, including Welsh restaurant The Checkers, Singapore restaurant Restaurant Andre and French Chef Sébastien Bras; all claiming that the pressure of running a Michelin starred restaurant got too much.

Does this sound like something you can relate to?

The heat of the pressure in a kitchen is something we are all too aware of, and this is a story that many of our Chefs can sympathise with.

Here at CJUK, we think it’s as crucially important to take the time for yourself, and talk about any problems that you have, just as much as it is to deliver as a successful Chef in the hospitality industry. 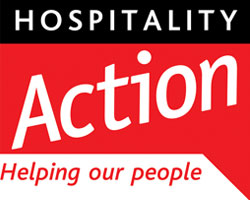 If you find you are struggling with stress, you can contact Hospitality Action who will arrange a series of telephone, or face-to-face sessions close to where you live or work, through their vast network of counsellors across the UK.

We also offer all of our Chefs the option to access our Employee Assistance Program for confidential support, advice and counselling, if they feel they need it.