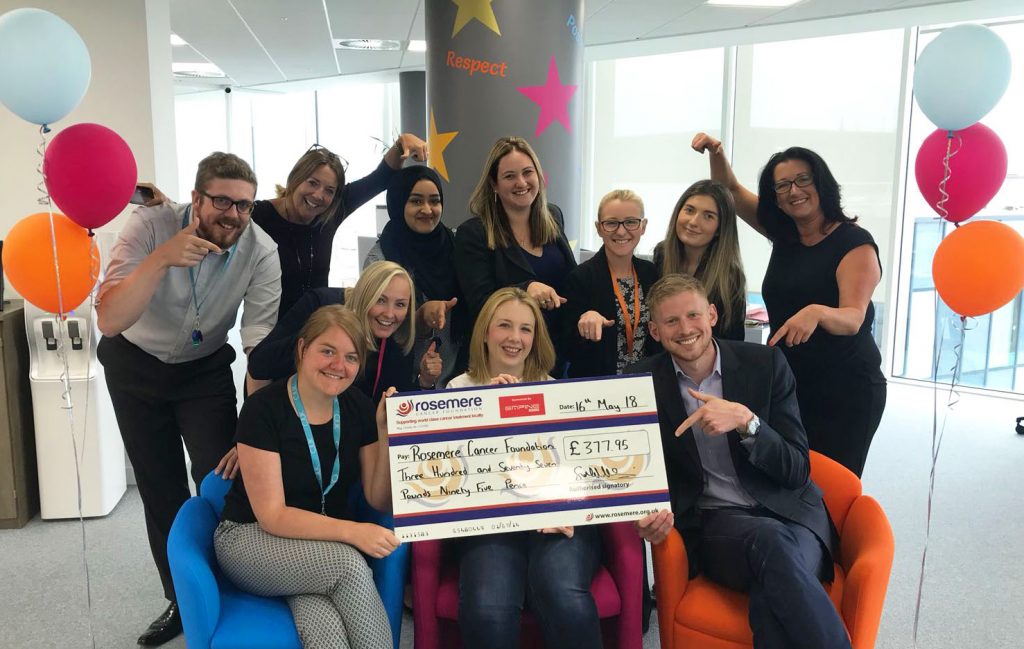 On Wednesday 16th May, the team handed over a cheque for £378 to Louise Grant, Area Funding Co-ordinator for East Lancashire at Rosemere Cancer Foundation.

The money was raised at a staff social quiz night on 13th April in support of fundraising efforts carried out by a long-term colleague, Jodie Morgan, in memory of her Mum Janet Morgan who was herself a keen supporter of Rosemere.

Jodie is taking part in the Ribble Valley Ride on Sunday 10th June with her Dad, Tyrone Morgan and Fiance Ben Eccles, raising further funds to add the £1000 she has already raised for the charity this year.

Rosemere Cancer Foundation is supported by many of the 40 strong team at CJUK, Cummins Mellor and Personnel Checks and we have facilitated a number of fundraising events for the charity in recent years, including bike rides across Cuba, Vietnam and the Alps.

Rosemere work to bring world class cancer services and treatments to cancer patients from throughout Lancashire and South Cumbria being treated not only at Rosemere Cancer Centre, but also at another eight hospitals across the two counties that look after cancer patients including the Royal Blackburn and Burnley General Teaching Hospitals.